L-carnitine plays a major role in the transport of fatty acids into the interior of cells. Once inside the cell, the fatty acids are converted to energy.

Carnitine is thus of particular importance for processes with regard to energy supply and fat burning.

The body is able to synthesize small amounts of carnitine on its own using elements such as niacin, vitamin B6, iron, and vitamin C. However, the majority (approx. 90%) must be ingested through food.

What are the functions of L-carnitine in the body?

The name “carnitine” gives a hint as to its primary origin. It is almost exclusively found in meat (Latin: carnis). Plants contain very little carnitine. For this reason, vegetarians often evidence low levels of carnitine in their blood.

During the 1990’s, carnitine was the great hope of the diet industry: could taking L-carnitine boost fat burning?

Causes for carnitine deficiency or increased requirements include:

Even with high doses of 5,000mg a day, no side effects are to be expected. In rare cases, some minor digestive issues may occur.

Functions and Benefits of L-carnitine 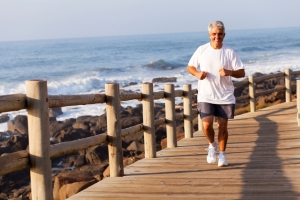 In a study conducted in 1998, obese individuals were able to boost fat burning through supplementation with carnitine 1. According to more recent studies, often the amount of fat-splitting enzymes or the permeability of the cell membrane is the limiting factor.

Supplementation with L-carnitine can lead to increased fat burning only in cases where there is a limited availability of carnitine in the body. For people who rarely exercise, L-carnitine will presumably not provide any increase in fat burning. However, for active individuals, taking carnitine may promote fat metabolism 2. 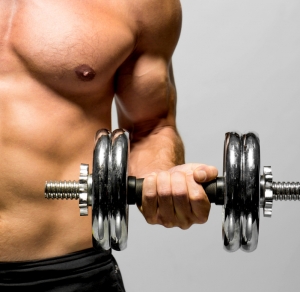 It is presumed that carnitine also transports lactic acid and thereby protects the power generators of cells (the mitochondria) from acidosis.

Several studies have shown that after endurance activities, recovery time can be reduced through L-carnitine.

Additionally, it has been observed that after an intense muscle workout like weightlifting, muscle soreness can be decreased by taking L-carnitine.

Carnitine may increase motility of sperm in men. Sperm require a great deal of energy that is supplied by long-chained fatty acids. These fatty acids have to be brought into the interior of cells via carnitine to be converted into energy. It appears that carnitine availability may be a limiting factor in the energy generation capabilities of sperm.

Several studies consistently proved that the number of healthy, motile sperm in men with oligozoopermia (low number of sperm) or asthenozoospermia (reduced motility of sperm in ejaculate) could be significantly increased by taking L-carnitine. Study participants took L-carnitine for a time period of three to six months 3, 4, 5.

How can I increase the likelihood of a pregnancy?

In addition to L-carnitine, other amino acids, vitamins, and antioxidants can have a significant positive impact on the chances of a pregnancy.
Read more here! 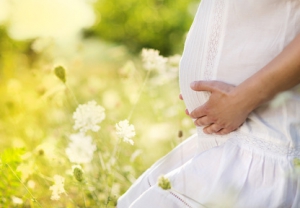 Women who are pregnant or nursing evidence a higher requirement of L-carnitine. This is why pregnant women often have a lower blood level of carnitine than their non-pregnant counterparts.

Both the blood of the umbilical cord and breast milk contain high concentrations of L-carnitine. This highlights the importance of L-carnitine in early childhood development. Supplementation with L-carnitine during pregnancy may lead to improved weight gain and development of the newborn.

Carnitine has been shown to have positive effects on triglyceride metabolism. In one study, participants received 900 mg L-carnitine a day over a period of 8 weeks. Results showed a significant decrease in cholesterol levels 6.

In another study in which patients with lipid metabolism disorders were given 3,000 mg L-carnitine a day for six weeks, cholesterol values were also improved 7. Triglyceride levels in the blood were reduced and the ratio of HDL cholesterol to total cholesterol was improved. Additionally a study conducted in 1982 recorded higher HDL (good cholesterol) levels in participants who received L-carnitine supplementation and a reduction in serum triglycerides 8.

What can help lower cholesterol?