Creatine is extensively used in the world of sports. It is a non-proteinogenic amino acid that is recognized as a central element in energy supply. Chemically, creatine is known as 2-[carbamimidoyl(methyl)amino]acetic acid.

It was named “creatine” after it was discovered as an ingredient of meat broth in 1832 (“kreas” is Greek for meat). Creatine is a non-essential amino acid, meaning that the body is able to synthesize creatine on its own. For this process, it requires the amino acids L-arginine, L-glycine, and L-methionine.

Muscles get their energy from adeonosine triphospate (ATP). However, muscles can only store a very limited supply of ATP: in a 100-meter sprint, stores of ATP last only two to three seconds. Muscle tissues then turn to producing ATP from creatine phosphate.

The body creates energy in the following order:

Generating energy from creatine has two major advantages: it does not require oxygen, nor does it produce lactic acid. Experts in sports medicine therefore refer to this process of energy generation as the “anaerobic alactic system“.

This energy conversion also has a positive impact on energy-demanding cognitive processes. There are various indications that a deficiency in creatine slows thought processes, and, conversely, that taking creatine may support these processes.

Its metabolic function clearly defines creatine as an excellent energy supplier for short-term, intense physical activity. A steady supply of creatine is of particular importance in athletic activities such as bench pressing, swimming, sprints, and more.

Creatine has been extensively studied and is one of the safest natural substances to improve performance 1. One study showed that taking supplemental creatine can promote muscle growth.2. The European Food Safety Authority (EFSA) also confirmed creatine’s positive effects in short-term athletic exertion. 3. 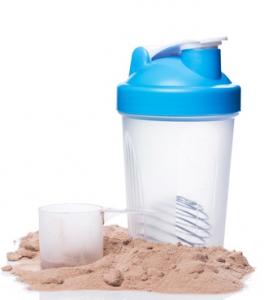 In athletics, up to 30 grams of creatine per day are recommended for a “loading phase” of the first five days. Subsequently, dosages ranging from 2 grams to 10 grams, depending on body weight and physical activity level, are recommended. The daily dosages should be spread across two or three intakes.

It is best to combine creatine with protein shakes (for example made with whey protein or casein) and carbohydrates. It is also recommended to take it prior to training or athletic activity.

If you are taking high doses of 20 grams or more, regular abstinence periods of approx. 4 weeks are recommended.

The muscles of the heart require a constant supply of energy. In cases where heart function is compromised due to genetic or illness-related disorders, taking creatine may therefore be helpful.

General symptoms of creatine deficiency include limited performance capabilities and tiredness. In animal tests, an artificial deficit of creatine was established. The result was that a greater number of abnormal structures were found in both muscles and the brain 5.

Side Effects and Safety

Supplementation with up to 3 grams per day has been confirmed as safe by various entities including governmental agencies. There is no indication of side effects for higher dosages. As a general precaution, if you have compromised kidney function, your daily dose of creatine should not exceed 3 grams (the amount that is contained in 750 grams of meat). 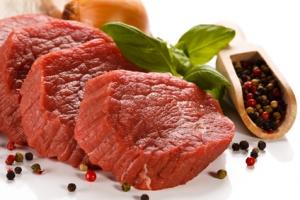 As the name suggests (kreas = meat), creatine is found primarily in meat. One kg of meat contains approx. 4.5 grams of creatine. Small amounts can also be found in milk and dairy products. Vegetarians, and especially those following a vegan diet, therefore only get very small amounts of creatine through food.

One study discovered that vegetarians could significantly increase their IQ after several weeks of supplementation with creatine. According to the scientists, the effects should be comparable for non-vegetarians (“people who eat less then 2 kg of meat per day”) 6.